What is Infertility and Why Can't WE Get Pregnant? 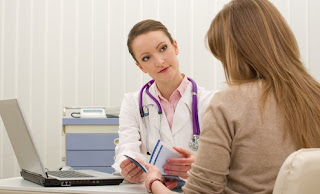 The most common male infertility factors are if he has too few (oligospermia) or no sperm (azoospermia), and malformed sperm cells. Rarely, infertility in men can be caused by a genetic disease.

The #1 factor in women's infertility is an ovulation disorder, either there is no ovulation or the eggs are of not good enough quality. Other causes of female infertility include blocked fallopian tubes, which can occur when a woman has had pelvic inflammatory disease (PID) or endometriosis. A woman's age is a major factor because the number and quality of the eggs decline as a woman gets older starting at age 30. Other reasons for female infertility include a problem with the fallopian tube (endometriosis, scarring, or other problems), and cervical issues.