(Bsc,Dip. HSE,MPH(in-view) March 19, 2020
Solving a Rubik's Cube is usually seen as a tough challenge for most adults, let alone a three-year-old boy.

But the challenge which baffles so many was no match for puzzle-loving Khalil Fair who was caught solving his first Rubik's Cube on camera by his mother in Cleveland, Ohio.

His mother, Khadijah Fair, filmed as Khalil pursed his lips in concentration and focused on solving the cube. 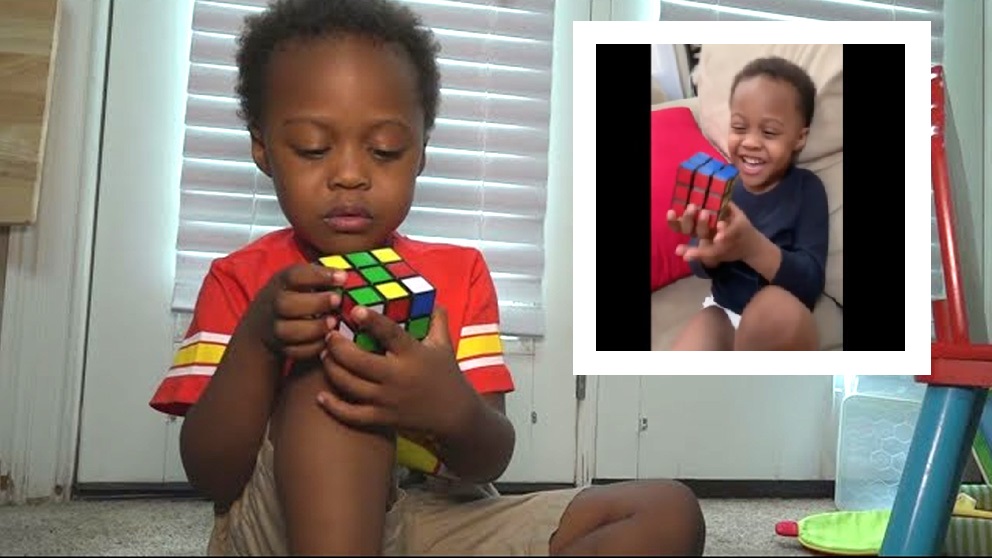 He stays completely silent while he continues to work on the puzzle, only offering a slight grunt when he can't move the cubes as quickly as he would like.

Once he realizes he has successfully completed it, Khalil looks up at his mother and says: 'Wow!'


He seems stunned that he has managed to solve the cube, after watching a friend tackle it just once.

Ms Fair can be heard saying: 'Oh my God'.

In an interview with Essence, she said: 'I started recording when I saw how focused he was.'

Ms Fair posted the video to her Facebook page with the caption: 'Proud Mommy moment!

'It’s amazing to watch him learn and grow.

'He challenges me everyday, literally! My favorite part is his reaction.'


The youngest child to solve a Rubik's Cube is two-year-old Hong Yan Chan from Brazil who is the younger sister of another famed child Rubik's cube solver - Chan Hong Lik, eight.