(Bsc,Dip. HSE,MPH(in-view) March 22, 2020
A healthy 39-year-old social worker died days after initially turning down a coronavirus test because she was told she was “low risk,” her boyfriend said in a heartbreaking Facebook post.

Josh Anderson says he found girlfriend Natasha Ott dead in her apartment in New Orleans on Friday as she still awaited news on whether her sickness and fever were actually COVID-19.

He said Ott — who helped people who are HIV-positive — had first told him on March 10 that she had a “respiratory cold” and “tiny fever.”

“They sent her home, but didn’t test her — she was told she was low-risk,” he wrote, calling his partner “a profoundly kind, passionate, funny and loving 39-year-old woman in good health.”

Her own clinic only had five test kits available, he said, saying she told him, “I declined to take one so someone else could.” 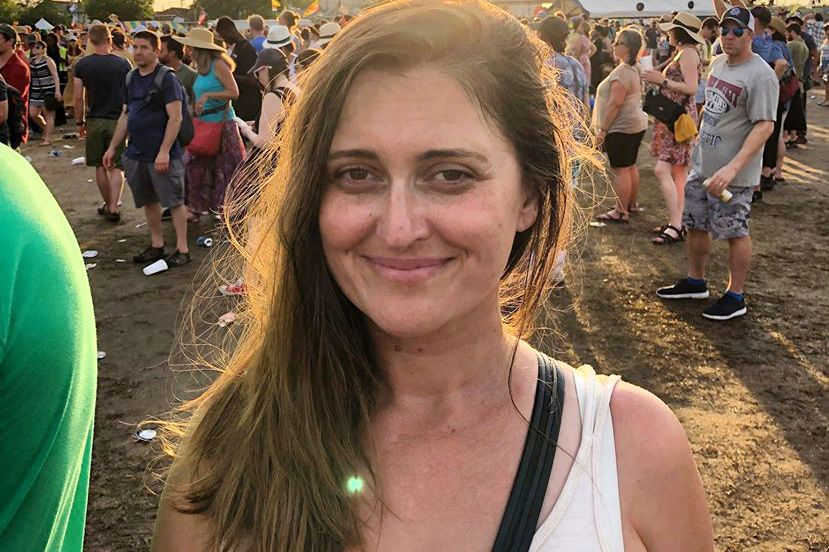 After her condition deteriorated, she finally got tested on March 16 — almost a week after first falling sick — but was told the results would take at least five days, with a further delay meaning they are still not ready, he said.

Anderson detailed Ott’s worsening mood and health, as well as her attempts to reassure him that she would be fine if she just drank whiskey.
see also
Some coronavirus patients feel better before getting really sick, doctors say

He finally “found her dead in her kitchen” at 8 p.m. Friday while checking up because she failed to respond to texts or calls.

“For those of you not fortunate enough to have known her – know this: it’s an immeasurable loss,” he wrote. 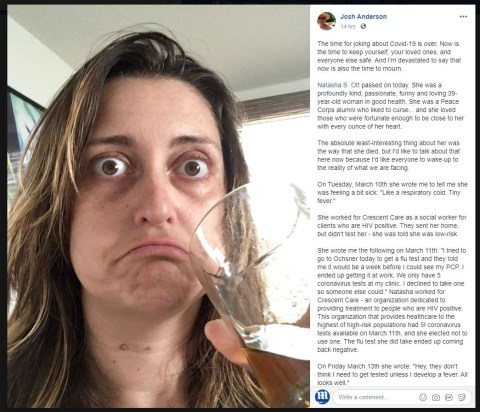 “And seeing a woman I knew to be so full of life lying on the floor lifeless was devastating. I was afraid to touch her. I held her anyway,” he said.

He warned that the “government is ill-prepared for this pandemic in a way that has and will cost lives,” while urging people to “cherish your loved ones like you could lose them.”

“The time for joking about Covid-19 is over,” he wrote.

The Orleans Parish Coroner’s Office has not released a cause of death and state health officials have not confirmed it as a case of coronavirus,